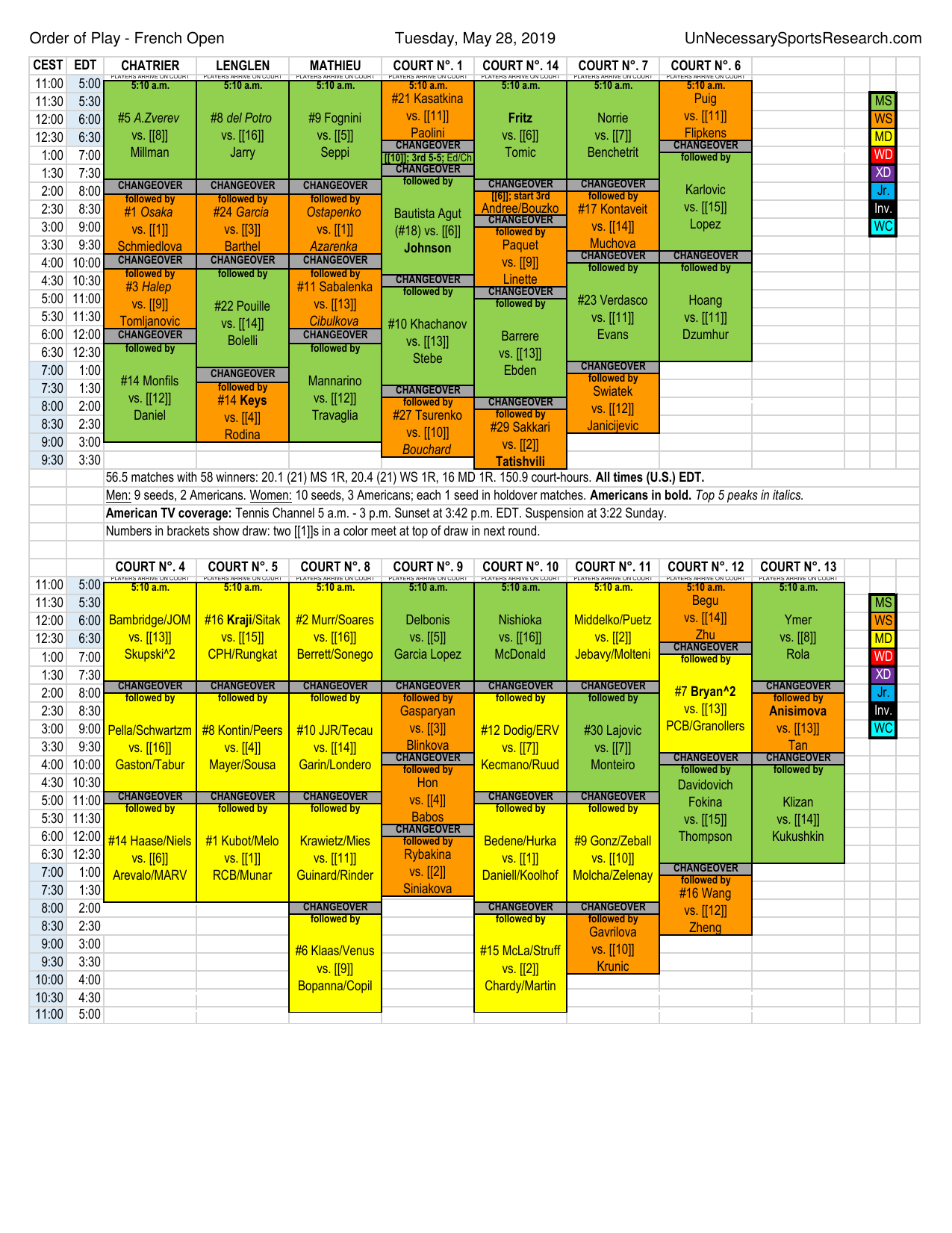 Men's #25 seed Felix Auger-Aliassime withdrew, so there are only 31 seeds. This is the day he would have played. 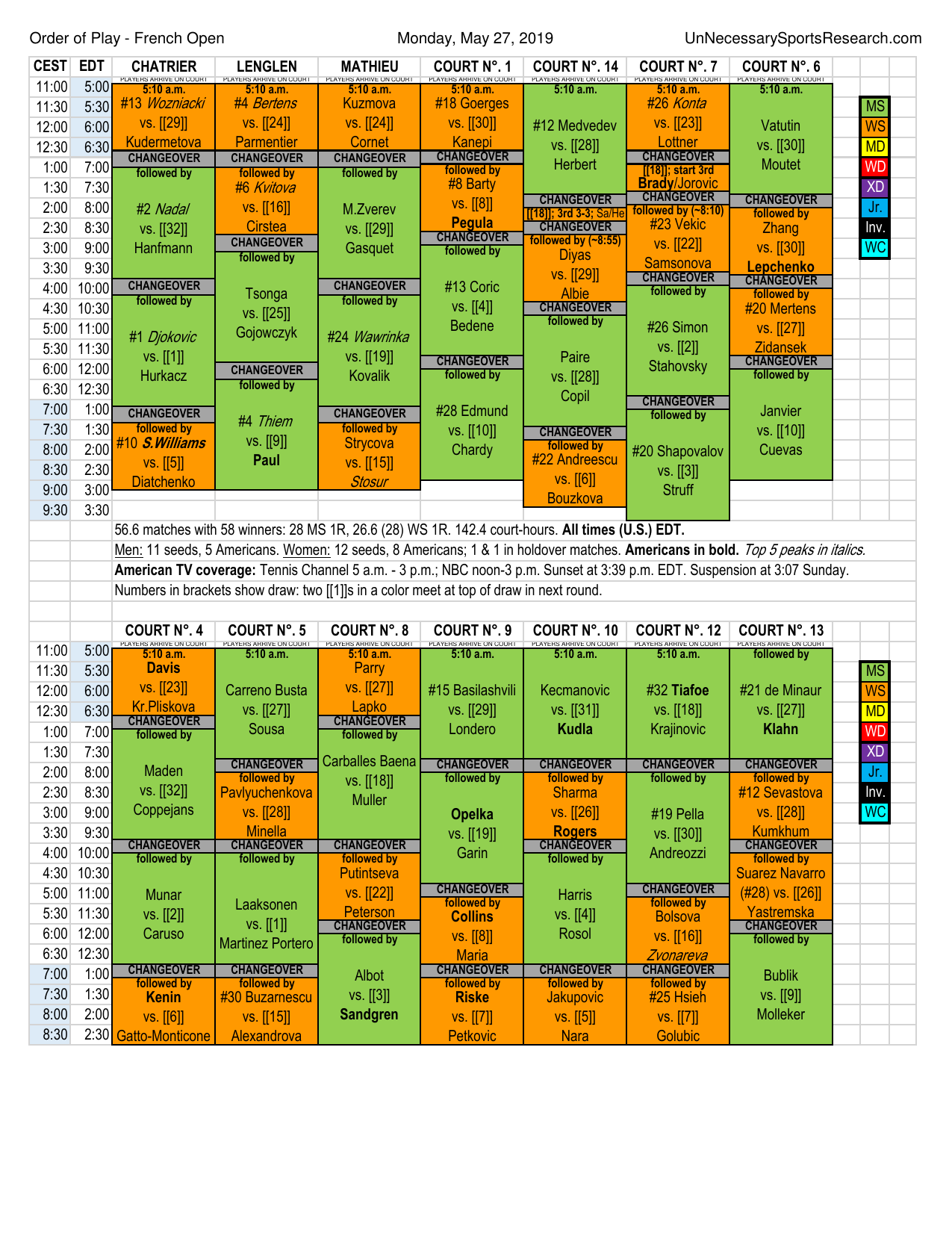 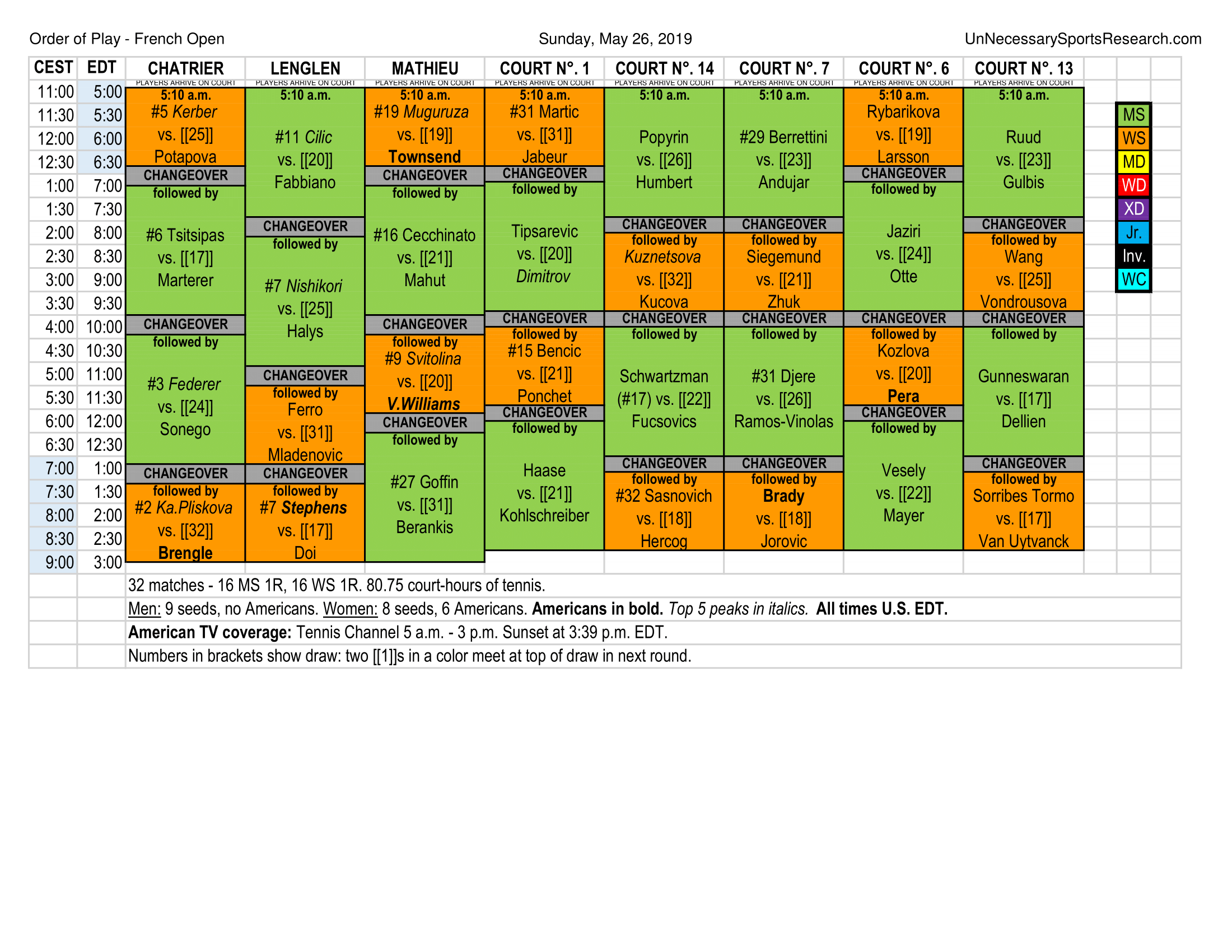 First of all, there's fresh content on the blog side of things.

Second of all, the cable and Internet went out in our bunker (well, our below-street-level apartment) on Monday night before Trusty Laptop 2.0 passed into the great beyond on Thursday evening. All of our announcer data is backed up in the cloud, so that was never in danger, but we haven't been able to access it and tweet nuggets in almost a week.

Third, when we do tweet nuggets, they don't really get archived. (TW)^2 can serve as a one-stop shop for all that went down in the world of esoteric sports ... discoveries over the previous half of a fortnight.

So, as they say over at the Hydraulic Press Channel, with Trusty Laptop 3.0 acquired, here we go.

Below is the national broadcast schedule for the four major pro sports; MLS, the U.S. national soccer team; and major professional golf and tennis tournaments. Asterisks denote "if necessary" games.